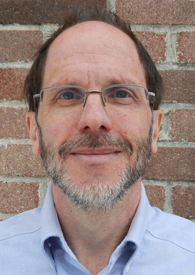 Using collisions of atomic nuclei at extremely high speeds to study the properties of nuclear matter at very high temperature and density.

These studies have included a long sequence of experiments over many years including:

The goal is to further our understanding of Quantum ChromoDynamics (QCD), the basic theory of the so-called strong interaction which binds protons and neutrons in nuclei, or to be more precise the interaction between quarks and gluons, the constituents of almost all sub-atomic particles. QCD theory had predicted the formation of a new state of matter, the Quark Gluon Plasma, at sufficiently high temperature or density. Experiments at RHIC, including Phobos, have verified the existence of this exotic matter but also revealed that many of its properties were very different from expectations.  Experiments at RHIC and the LHC are continuing the exploration of this novel and puzzling state of matter.

George Stephans received his undergraduate degrees in Physics and Astronomy from the University of Pennsylvania in Philadelphia. After receiving a Masters degree in Physics from the University of Washington in Seattle, he returned to Penn and completed his Ph.D. in Nuclear Physics in 1982. After graduating from Penn, he first worked as a Postdoctoral Associate in the Physics Division at the Argonne National Laboratory outside of Chicago. He came to MIT as a Research Scientist in 1985 and has worked in the Relativistic Heavy Ion Group (formerly just the Heavy Ion Group) within the Laboratory for Nuclear Science. He is currently a Senior Research Scientist within LNS and a Senior lecturer within the Physics Department. In addition to his research participation, George has had an active involvement with teaching within the Physics Department, including helping to initially develop the 8.01L course (for which he shared the Buechner Prize) and later converting this course to TEAL format.