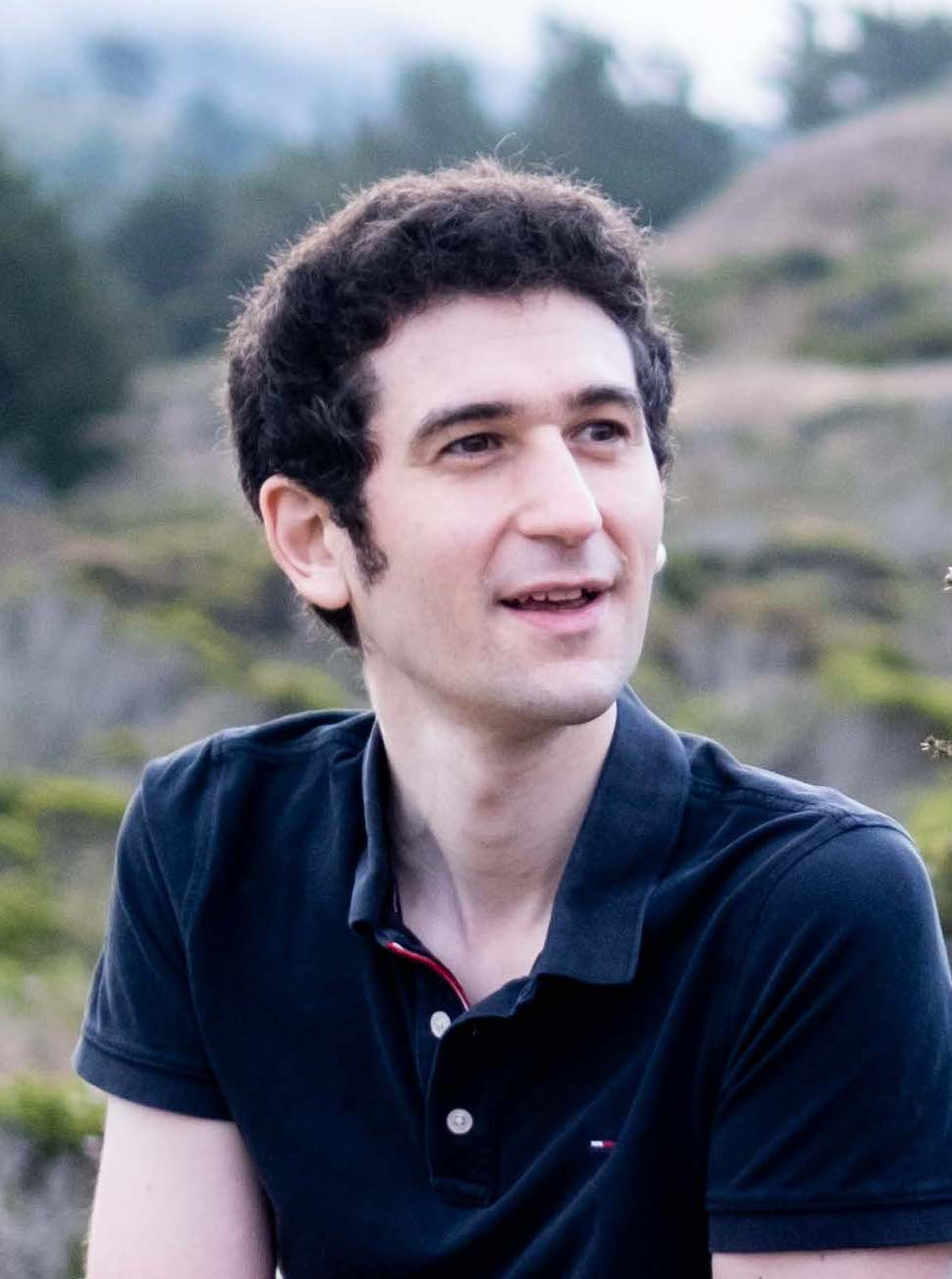 Ben Lehmann’s research is dedicated to understanding the nature and properties of dark matter.

Until recently, all signs pointed to a scenario in which dark matter is associated with new particle physics near the weak scale. But new experimental results have seriously challenged the most promising benchmark models, suggesting that the dark matter particle and its interactions could instead lie anywhere in an enormous parameter space.

Ben grew up in the San Francisco Bay Area, and has been a long-time resident of the region. He went from a local high school to Stanford University, where he received a B.S. with honors in physics and an M.S. in mathematics. He then traveled down the coast to the University of California, Santa Cruz, for his Ph.D.

Along the way, Ben married fellow Bay Area scientist Natalie Telis. Beyond research, Ben is passionate about outreach, mentoring, singing, and a good loaf of challah.