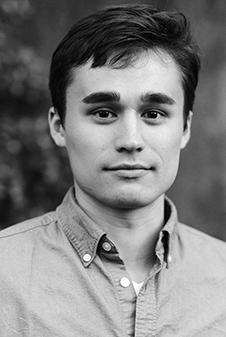 Nicholas Kern’s work lies at the interface of experiment and theory of high redshift astrophysics and cosmology. Broadly, Nicholas is interested in problems related to precision radio interferometry, data analysis and optimal signal extraction, and cosmological parameter inference. Specifically, his research aims to understand when and how the first stars and galaxies in the universe formed and the way this process was tied to cosmological structure formation. In particular, Nicholas uses low-frequency radio telescopes that map the distribution of primordial hydrogen in the distant universe in order to shed light on these processes. His PhD work focused on the development of data analysis algorithms and pipelines for a new radio experiment, the Hydrogen Epoch of Reionization Array (HERA), which aims to make a first measurement of such radio emission from the Epoch of Reionization. Nicholas’ background spans a wide range of sectors within the experiment, including hardware commissioning, data quality management, instrument calibration, data compression, and connections to astrophysical theory. His research goals at MIT are to establish these experiments as novel cosmological probes and to design the next generation of experiments that will provide new tests of the cosmological standard model.

Nicholas is also invested in teaching and student mentoring. During his PhD, he developed an introductory class on computer programming and data analysis for undergraduate students beginning research in astrophysics, which is hosted online and publicly accessible. He is also an instructor and student mentor for HERA’s summer research bootcamp and internship, which pairs students from California state and community colleges with summer projects at premier research institutions.

Nicholas Kern was born and raised in Ann Arbor, Michigan. In 2015, he received his B.S. in physics and astrophysics from the University of Michigan working on galaxy cluster dynamical mass estimation. In 2020, he completed his PhD in astrophysics at UC Berkeley working with Aaron Parsons on 21 cm cosmology and the tomographic mapping of the Epoch of Reionization. In his free time, Nicholas enjoys traveling, running, gardening, and raising his cats.